At the end of October, concretely from 18th till 21st, I and my friend Monika spent some time in Luxembourg. We left the Czech Republic on an early morning Tuesday the 18th. The flight was great. At the airport in Luxembourg they were already waiting for us. We joined the group of other youngsters and then moved to Youth Hostel in the heart of Luxembourg.

The first activity, we did all together, was a game afternoon. I found it really funny. We competed against each other and got acquainted. We had great fun. After the session we split into several groups and discussed different aspects of safer internet and online responsibility and created posters dedicated to our opinions and ideas. The posters were presented in Safer Internet Forum on Thursday and Friday. Ours was called BE NICE and informed about online responsibility. 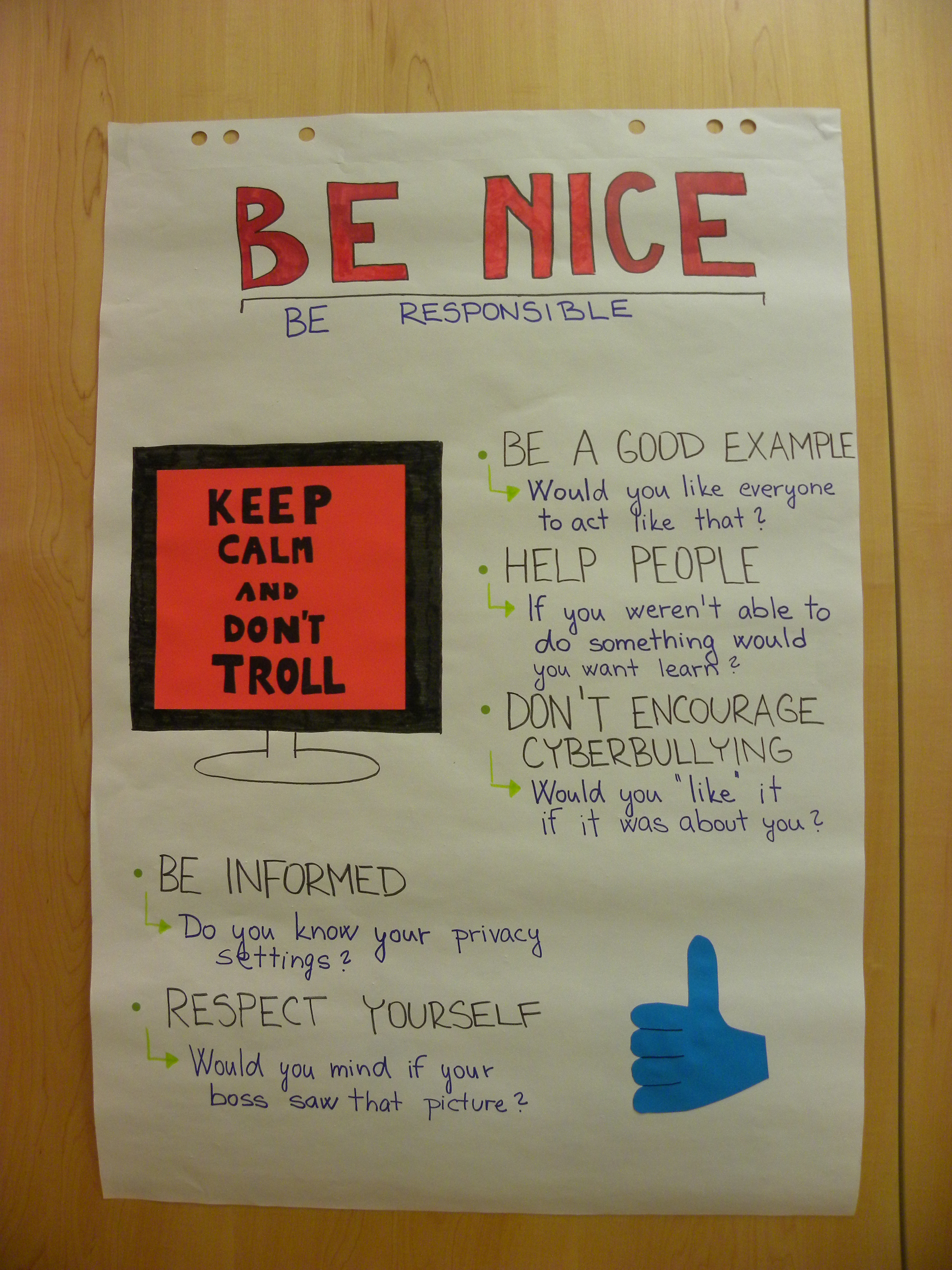 The next day we started in our group playing a game and then the walking lunch followed. We had a map with some tasks to do and GPS to help us to find the restaurant where the lunch was served. It was a great opportunity to explore the centre of the city. After half day spent outside we went back to the hostel. In the evening we were divided into several groups where we spoke about the programme of Safer Internet Forum and our sessions.

On Thursday we moved to Jean Monet Building for the whole day. The programme started with a plenary session joined by the European Commissioner. She answered some of our questions. In the afternoon, after the lunch I had a workshop. We worked with iPads and iPods. The task was to create a video dedicated to safer internet. We made a video about a boy who was bullied by his classmates. They filmed the attack and posted it on Facebook. It was inspired by our own video which I and Monika filmed in Czech for our peer preventive programme.

The next day Safer Internet Forum continued. We were little bit busy, because it was also the day of leaving for all of us. I was part of a session that discussed positive children’s online content. There were participants of Best Children’s Online Content European Award. I and my friend Monika run a website about cyberbullying, so we had the opportunity to present our own web and be part of the discussion. We also met Sonia Livingstone who organizes really interesting research about children’s online safety.

I have to say that Safer Internet Forum was a wonderful experience for me. To be honest I had really wonderful time and was so sad I had to leave. I could get in touch with youngsters from all the European countries and learn some new things about internet safety. I hope I will have the opportunity to experience something like this again.